Over the course of his impressive career spanning more than 25 years, Dr. Smith has contributed to the development of several ophthalmic products, surgical devices and intraocular lens implants by serving as a consultant to a number of Fortune 500 companies. He has worked with 3M, American Cyanamid, American Home Products, Gore, Nestle, Storz Ophthalmic, Bausch and Lomb and Surgical Specialties, to name a few.

Over the following years, Dr. Smith routinely taught phacoemulsification cataract surgery at the American Academy of Ophthalmology meetings around the United States. Dr. Smith received an honor award in 1995 for his services to the academy and the profession.

In 1985, 3M asked Dr. Smith to teach modern cataract surgery in Asia. At that time the surgeons in Asia were using a style of implant called an anterior chamber lens, which was placed in the front part of the eye. The modern lenses went behind the pupil and were much safer for the eye. A plane called Orbis would come and show them how to perform the surgery with modern equipment. The Asian surgeons complained that the new surgery could only be done with the fancy equipment the Americans had. To resolve this issue, 3M asked Dr. Smith to show them how to do modern cataract surgery with the surgical equipment they already had in their operating rooms. For three weeks Dr. Smith lectured and performed surgery in two different operating rooms each day in Korea, Hong Kong, Thailand, Kuala Lumpur and the Philippines. He successfully trained close to a 1,000 surgeons during this trip. Many times the surgeons would crowd into the OR to watch Dr. Smith perform surgery.

Perhaps Thailand was the most representative of the cases Dr. Smith performed. The surgeon there would bring out their most difficult cases for Dr. Smith to work on. They would bet on whether Dr. Smith could perform the surgery without complications. It wasn’t that easy using equipment that was five generations behind, but those that bet against Dr. Smith lost their money.

Since moving to Delaware, Dr. Smith has been teaching surgery at Wills Eye Hospital for more than 20 years. During that time he has achieved the rank of Attending Surgeon, the highest level possible.

One of the biggest advances in cataract surgery has been the development of the foldable intraocular lens. This technology has allowed surgeons to make a much smaller incision in the eye when compared to the old methods. This technique had also reduced the amount of astigmatism induced by the surgery, thereby improving vision and allowing patients to go back to their activities much quicker. In the 1980s, Dr. Smith was one of the investigators in the core group to perform this surgery. He was able to pass his positive recommendations on to the other attending surgeons and staff at Wills Eye Hospital. Today, these foldable intraocular lenses are used in 99 percent of all cataract surgery cases. Another major surgical advance pertains to the way the anterior capsule of the cataract is opened during surgery. In 1987, Dr. Smith was invited to Hungary for a retreat with German and Hungarian ophthalmologists, where he learned a new technique of opening the eye’s capsule by tearing a round opening. Dr. Smith came back and began to work with this new surgical technique and found it to be safer and much more successful when compared to the traditional method. He began to teach this technique to the surgeons at Wills Eye Hospital. Although this method is a significant improvement, in some cases, the tear would move in an uncontrolled fashion. This resulted in significant complications during surgery. Dr. Smith found that the reason that this occurred was due to a subtle upward movement of the cataract, which was hardly detectable. In order to provide ophthalmologists with this essential information, Dr. Smith described this complication and how to prevent it in Ophthalmology Times, a weekly publication sent to all ophthalmologists. As the issue was now solved, this technique of opening the capsule became the norm for cataract surgery.

The use of intraocular lenses during cataract surgery has resulted in excellent postoperative vision, allowing patients to see well at multiple distances without the need for bifocals or reading glasses. The first type of implant design to do this was the “diffractive lens” designed by 3M in the 1980s. During its development in1986 and 1987, Dr. Smith participated in the core study group in charge of determining if this implant design would work. This implant split the light to distance and near and relied on the pupil size to balance the distribution (i.e., when you look at an object close to your face your pupil contracts). Although the lenses worked, there were some definite drawbacks.

Another type of bifocal lens was developed and worked on the concept of annular rings on the surface of the implant that would focus the light at near, again relying on the pupil size to distribute the focus for distance or near vision. Dr. Smith participated in two studies on this type of lens, which were led by IOPTEX and Storz. Again, these lenses worked, but not as well as everyone has hoped for.

In 1985, Dr. Smith filed and received a patent for an accommodating intraocular lens, the first of its kind. This implant mimics the natural motions of the eye’s focusing ability. When the eye would focus, the implant would change its shape from thick to thin. The advantage of this design is that 100 percent of the light was focused at distance unlike the implants mentioned above that split the light (approximately 70 percent of the light was focused at distance in the styles mentioned above). When you look up close, this design would focus the light to near (approximately 40 percent for the above styles). This design, however, was 20 years too soon and none of the intraocular lens companies were interested it making it.

In 2007, new implants were developed. They are improvements of the previous styles that split the light, one lens a combination of both types. For a certain group of patients they work well. A design that does accommodate to some degree is also available now and it is called Crystalens. If you are interested in this type of correction following cataract surgery, please come in and talk with Jackie.

Dr. Smith spent four years training under Richard L, Lindstrom, MD, a recognized leader in refractive surgery in the United States. For more than 20 years, Dr. Smith has been performing refractive surgery, including astigmatism surgery, radial keratotomy, epikeratophakia, PRK and LASIK, among others. Over time, there have been many “advances” or techniques that have turned out to be not very good. These have usually been accompanied by marketing campaigns of varying degrees to both the surgeons and the patients. Dr. Smith has been able to sort through these so called advances by using his medical expertise, judgment and research in order to bring his patients only the best options available.

Dr. Smith has served as a refractive surgery consultant to multiple companies. In 1990, a laser system was developed to treat the refractive error within the cornea itself without cutting a flap or treating on the surface. One of the companies in the United States was interested in purchasing this laser system and flew Dr. Smith to Hong Kong to look at patients who had been treated with this system. Unfortunately, there were too many variables that could not be controlled and Dr. Smith did not think the system was viable.

Dr. Smith has written a book titled “Can You Really See Perfectly without Glasses?” This allowed him to provide refractive surgery patients with essential information on PRK surgery. Philosophically, Dr. Smith will adapt a new technique or procedure after the published reports are at the 90 percent success level and Dr. Smith feels he can improve it to over 95 percent. This is because we want you, the patient, to have a thorough understanding of refractive surgical procedures you are considering.

Dr. Smith began performing cornea transplants more than 25 years ago. Over the past 17 years, he has developed a surgical technique that has yielded excellent results. In 2005, he presented his results at the World Cornea Congress in Washington, DC, where his work was very well-received by fellow corneal surgeons. Over 90 percent of Dr. Smith’s corneal transplant patients are able to achieve 20/40 or better vision within a year of surgery, and approximately 30 percent of these patients do not need glasses to see clearly. Comparative studies show an average of about 70 percent of patients achieving 20/50 vision.

A procedure called DSEK has received a lot of attention over the past few years. In this procedure, only the corneal endothelium is transplanted, leaving most of the patient’s natural cornea intact. The advantage of this procedure is that vision improves within a month or two. Patients recover quicker with this procedure and 90% achieve vision of 20/40 or better. Learn more about DSEK corneal transplant surgery here.

If you would like to discuss your treatment options, please call our office at (302) 993-1300. Dr. Smith and his team are leading Wilmington cataracts surgeons and have provided countless PRKand LASIK Wilmington patients with excellent vision. 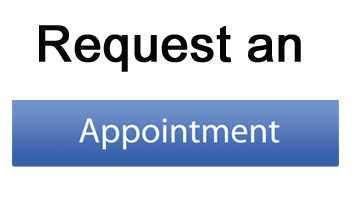